Costa Blanca is a firm favourite for holiday makers and ex-pats. But it isn’t just the stunning scenery or bountiful sunshine that makes it so appealing. Living there is actually good for you.

Read on to find out why Costa Blanca can make you healthier and happier. 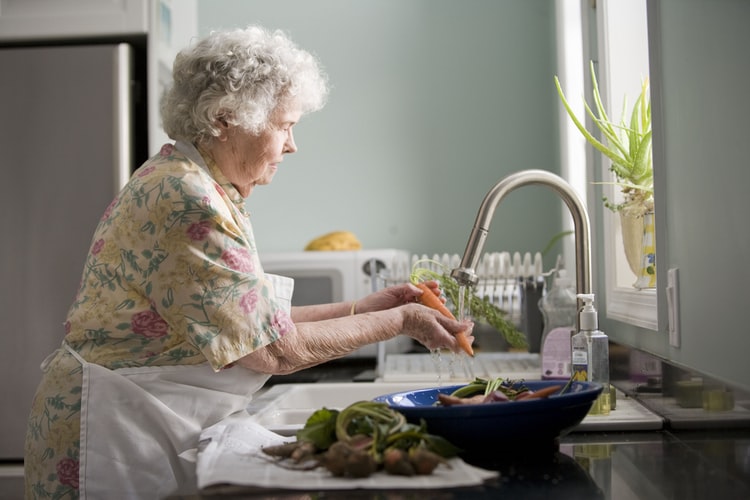 Spain Is The Healthiest Country To Live In

Last year (2019) Spain claimed the top spot as the world’s healthiest country in a study by Bloomberg. The study looked at a variety of factors including life expectancy, obesity, smoking rates and access to clean water.

Spain has the EU’s longest life expectancy at birth ranking third worldwide just behind Japan and Switzerland. Life expectancy is regarded as the average number of years that a new-born child could expect to live if subjected throughout his/her life to current mortality conditions. In Spain that figure was 85.2 years which is a marked difference from the bottom of the list with Bulgaria at 73.3.

One of the reasons Spain features highly in health measurements is the infamous Mediterranean diet.

Renowned for its variety and inclusion of lots of vegetables, fish, nuts and oils, it has been known to improve heart health and is believed to also improve liver and brain function and sexual function in men.

A study led by the University of Navarra, Spain, which was once reputed but then reaffirmed, said a ‘Mediterranean diet, supplemented with extra-virgin olive oil or nuts, had a lower rate of major cardiovascular events than those assigned to a reduced-fat diet’.

The health benefits of sunshine have been well-researched at this stage. And they indicate what you may have believed anyway. Sunshine makes you happy.

It can also improve your immune system, heal skin conditions and strengthen your bones. And that’s just to begin with.

In the UK we are well aware of the negative effects of the lack of sunshine, particularly during the winter months, with what is known as Seasonal Affective Disorder (SAD).

SAD, which is a form of depression, occurs due to a dip in our serotonin levels. Serotonin is a hormone associated with boosting your mood and is produced through exposure to sunlight. It stands to reason therefore that more sunshine equals more serotonin which equals more happiness.

One of the key proponents of sunshine is Vitamin D. Vitamin D, which forms in our skin when exposed to sunlight, has been recognised as an important player in helping to boost your immune system.

As well as boosting your immune system Vitamin D also plays an important role in bone health. When a lack of Vitamin D is evident it can give rise to rickets in children and osteoporosis in adults.

Exposure to sunlight is also recognised to help with a variety of skin conditions like eczema, psoriasis and acne.

While Spain in general is a healthy place to live the area of Costa Blanca has the added bonus of once being recognised by the World Health Organisation as having the healthiest climate.

Due to its particular micro-climate, with an average of almost 3,000 hours of sunlight per year, and that wonderful Mediterranean diet, living in Costa Blanca can make you healthier and happier.

It seems obvious that if you want to move abroad it should be your top choice. All you need to do now is contact a reputable property expert, find a good home, and look forward to living a long, happy, healthy, life.