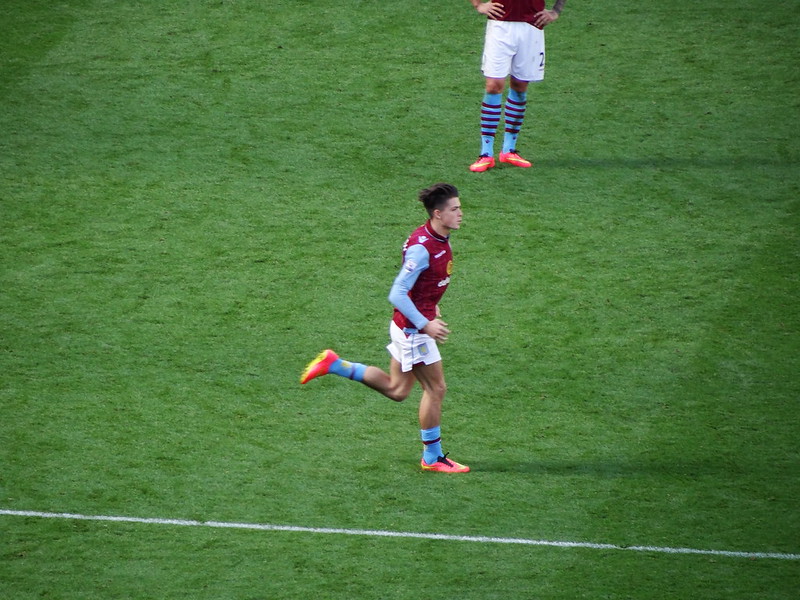 According to former England player Gabriel Agbonlahor, the Three Lions manager Gareth Southgate have a problem with Jack Grealish as he doesn’t understand why the head coach has overlooked the attacker several times.

The former England international is not the only baffled on the reason the player hasn’t been starting in England’s lineup, several pundits and fans have wondered about this too.

Southgate was seen to have previously left the Aston Villa star out of his squad for September matches, but he opted to call him to the team after injuries sent his plans sideways.

Grealish received his first start in the Southgate’s team in a friendly match against Wales, of which they won 3-0, after being included in the call-up squad for the October round of fixtures, in which high roller casinos provided odds ahead of the kickoffs.

The 25-year-old’s performance against Wales was impressive earning him the Man of the Match. But England’s manager seemed to have turned a blind eye to this as he was left out of the squad that secured a 2-1 victory over Belgium and a 1-0 defeat against Denmark after being reduced to 10 men.

Agbonlahor, who played for Aston Villa for 13 seasons, feels that the Three Lions’ manager ought to bring out better explanations as to why the West Midlands native is not being included in his team more often.

Speaking to Sky Sport, the 34-year-old player said: “Forget about the 10 men, I think even if England had 11 men on the field it still wasn’t the right side to be playing.

“You hear everybody on social media; every pundit is calling for a certain player that we all know – which is Jack Grealish.

“He should be starting in this England team because even before the red card, England is missing that player who can take the ball up the field, move defenders and make space for the other attacking players.”

“I feel like he should have started the game. Even when you go down to 10 men, you need someone in that team who can take the ball up the field, who is fresh and it was the perfect scenario to bring Jack on.

“I don’t understand the players that he brought on before Jack. I feel like is there a deeper issue there that we don’t know about?

“Gareth Southgate has to come out and explain because I feel like everyone was in shock. In the game against Belgium, you understand that you want to be a bit more cautious if you’re playing two sitters.

“To be playing two holding midfielders, no disrespect to Denmark, with the quality that England have got, we should be playing our attacking players and beating Denmark by three goals.

“You have got the likes of [Jadon] Sancho on the bench, the likes of Grealish on the bench, I don’t understand it and there must be a deeper issue there with Southgate and Grealish. Whenever reporters ask him the question he seems to bring up someone else’s name, which is quite shocking to me.

“It was a not a game where you needed Declan Rice and [Kalvin] Phillips in the team. I would have had Phillips playing as a sitter and [Mason] Mount and Grealish in front as two No.8s with a more attacking feel to the team.

Grealish was pivotal for Aston Villa as they were able to trash Liverpool in a 7-2 victory at the Villa Park as he was able to register two goals and three assists in that match, newzealandcasinos offered odds regarding the match but only a few punters were able to secure high winnings.

With four games played in the Premier League Grealish has been able to find the back of the net four times while also creating three assists for the Villans so far gone this season.