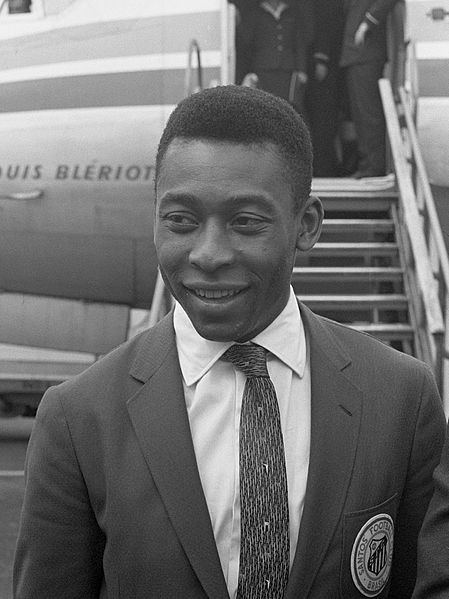 The performance of Lionel Messi and Cristiano Ronaldothrusted two more candidates into the debacle fire of who is the greatest footballer of all times. These two monstrous footballers keep defying the odds as they grow older while helping their team to resounding achievement on and off the pitch.

Although FC Barcelona is a shadow of itself and the respect they once commanded is fading away when it comes to the powerhouse of European football but all eyes are on Lionel Messi to help the Blaugrana to their sixth UCL this campaign despite their underwhelming odd by the big win casinos  at +1400 behind Bayern Munich, PSG, Man City, and Liverpool. But the Ronaldo’s side is quite down below, just as Barcelona with +1400 for Juventus to lift the most priced club football trophy this campaign.

Despite this Lionel Messi and Cristiano Ronaldo’s dominance in modern football, the Argentina great Maradona and Brazilian’s Pele has always been the focal point of footballing greatness. However, there is always one name that pops up on the ‘greatest ever’ debate. Pele! The great Brazilian! Three-time world cup champions and scorer of goals in the free-flowing Brazilian side.

In 2000 Pele was voted as the best century player alongside his magician compatriot in Diego Maradona. The new age fans that watch Maradona’s game had voted the Argentinian as the best ever through the online polls and Pele through the FIFA officials by the people that watch both of them play or only Pele’s game. However, whenever the name Pele was mention, the argument that follows is the goals and the three world won by this special player. However, some can argue for Maradona as the factor that won the 1986 world cup for Argentina and Napoli first scudetto in 1987 and a series of silverware with the club he became gods.

Scoring 1283 goals in 1363 games is too much of a glamorous feat playing the round leather game. However, the majestic feature of the Pele contribution is not a joke. Lifting the pedigree of Santo to the world standard can easily be attributed to the influence of Pele playing status. In the 1962 and 1963 Intercontinental Cups, Santos beat Benfica 8-5 on aggregate over two legs and AC Milan 7-6 on aggregate over three legs. Benfica and AC Milan were considered the two finest European club sides of the 1960s. Santos beat them both, and Pele scored 9 goals in 5 games against them. His record during Santos’ tours of Europe was similarly emphatic. Factor in his displays in the World Cup and https://www.casinosonline-canada.ca  claims that Pele’s success was down to playing against poor players quickly begins to unravel.

During Pele’s career, the best Brazilian players played in Brazil, not Europe, making the Brazilian league very competitive. Imagine if every player from Neymar to Thiago Silva, Paulinho, Coutinho, Firmino, Dani Alves, Marcelo, Ronaldo, etc. spent their entire careers in Brazil. The Brazilian league would be a strong one. Now, remember that Brazil was an infinitely stronger force during Pele’s career than they are now. That meant the domestic game in Brazil was far from being poor. And despite losing their best player regularly, the Brazilian league is rate top-5 in the world according to FIFA ranking.

A supporter of Pele will argue that he transferred his club form onto the international stage, putting his step ahead of the rest. His three world cup wins and 77goals in 92 games certainly have credentials, however, he was playing up front for what had been considered the greatest team of all time, should he have scored more?

The best thing Pele was able to do was always promote himself into the spotlight. He had an ability to sell himself, he along with the Best was one of the first real celebrities of the game. The story of a young 17years old promising to win his father the World Cup after the 1950 final defeat and then going to lead his team to glory three times is a very sweet selling story. However, was he the one that won the 1958 World Cup for Brazil?

The stat, the praise, the accolades, and the goals are majestic and mythical and that is facts, but are they real? But the reality of Pele’s goal was that 526 of his were unofficial friendlies and tour games. The acclaimed best in history counted the games he played for the Sixth Coast Guard in the military competition. No wonder Rivaldo is claiming to be the best goal scorer in history. The best goal scorer in the history of the game was never the highest goal scorer in any of the World cup appearances. Pele was outscored or outperformed in 1958 by Just Fontaine, by six players in 196 who were tied to four goals compared to one by Pele, by Eusebio in 1966 with 9:1 to Pele and Gerd Muller in 1970 with 10 goals.

Winning three World Cup as the benchmark of being the best in history of the beautiful game is a statement of reality as there has never been anyone who matches such a feat and the closest was Lima Ronaldo who won two world cup and had it not because of injury sustained in the 1998 semifinal match, he would have match the great Pele with three world cup win. However, winning three world cup by Pele is a reference statement as he had only two appearances in 1962 and 1966 world cup and Brazil still won the cup without his impact. When Brazil won the world cup from 1958 to 1970, Pele was just Brazil top scorer once (1958) and won only one golden ball (1970). Didi and Garrincha won the golden ball in 58’ and 62’ respectively while carrying the national team to victory.

Furthermore, Pele had an astonishing goal-scoring feat with Santos, as he claimed a lot of international trophy with the team, but Santos had been on the verge of domination prior to the Pele inclusion. More importantly, the Brazilian league was the best compared to the top rated league globally. When he genuinely played in the top-flight competition, for Santos, he managed to score 34 goals in 84 appearances with a strike rate of 0.4 goals per game which is really absurd for the greatest ever in the game.

A different era with different playing techniques and advances, but Pele would be fortunate to play in the era where the game had little scientific inclusion when the goalkeepers don’t wear leather gloves when the offside rules are in favor of the attackers. Furthermore, Pele playing in a little less competitive league compare to Maradona’s Italian league or Lionel Messi’s Spanish league or Cristiano Ronaldo’s English Premier League, Spanish League, and Italian Serie-A make their staggering stat more awesome.